The deadlift is the best exercise of all time, and it's not even close. These 55 reasons explain why. 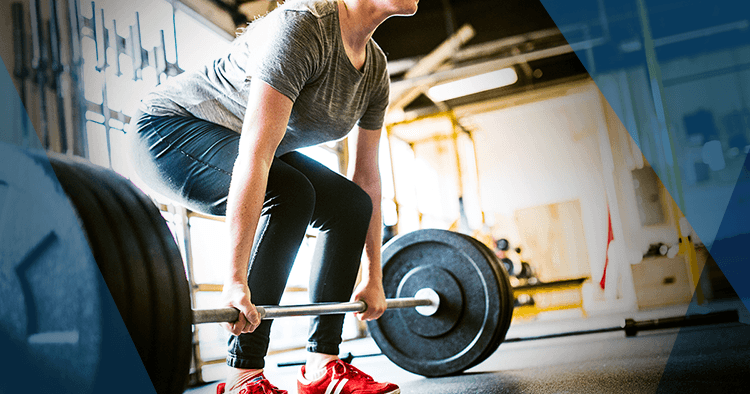 Why the deadlift is the all-time best exercise

1. Back pain can stem from weak glutes.

2. Back pain can also come from weak spinal erectors that cannot maintain a specific position. Deadlifts train the spine to remain stable while exposed to stupidly high shear forces, thus making you Superman. 7. Deadlifts are a total-body exercise, working muscles from your toenails to your hair follicles.

8. It gives short guys a way to feel superior to tall guys.

9. It gives tall guys another reason to hate short guys.

10. No matter how many times you’ve done it, you can always do it better.

12. The mobility required from the hips, thoracic spine, and ankles is incredibly high, which means very few people are good candidates to do deadlifts from the floor. This means I’ll stay busy for a very long time teaching and fixing people who pull stuff like this: 13. Your testosterone will spike with each one-rep max, roughly 13,246 percent of your regular walking-around levels, which means you’ll be more likely to impregnate casual observers with nothing more than an icy stare, disrupt gang fights with your mere presence, and become the next supplier of Red Bull by bottling your urine.

14. Squats don’t have the same effect on the scapula and rotator cuff in terms of their stability and ability to withstand distraction forces. This makes deadlifting a great rotator cuff exercise, while requiring a lot from the lower body.

15. The most enjoyable things in life require triple extension from the hips, knees, and ankles. In the most pure form, we could say deadlifts are Darwinian, rewarding those who have successfully developed strong hip extension capacity.

16. The endorphin release from one rep of deadlifts is on par with runner’s high, meaning you can get the same fix in just 1 percent of the time, and you can wear way cooler clothes too.

17. The lats are your body’s most important muscle group, and I would argue vehemently (but politely, since I’m Canadian) with anyone who disagrees. Deadlifts work the hell out of them in multiple planes.

18. Every athlete can improve in almost every dimension of their sport by becoming better at deadlifting.

19. “My back is weak” or “my back is sore” are reasons to do deadlifts, not to avoid them. 20. No crunch could train the abs to work as hard, or to become as hypertrophied, as will learning how to breathe and brace for a max pull.

21. Your back gets shredded!

22. Every pushing movement requires hip extension, whether you believe it or not. Hence, deadlifting can increase your bench press.

23. Women can deliver babies easier by having a strong pelvic floor and learning to control the creation of intra-abdominal pressure. Those who have a strong deadlift prior to third trimester can also survive the rigors of delivery with fewer soft-tissue injuries. Yet another benefit: a baby that slaps the hell out of the doctor and changes their own diapers. That’s science.

24. No matter how awesome you think you are, you need to deadlift with chains. 26. If you’re a guy who has trouble adding muscle, heavy deadlifts will possibly help you out, thanks to their effect on testosterone and growth hormone. 28. Bruce Lee did deadlifts with Franco Columbu. Chuck Norris did the Total Gym with Christie Brinkley. That is why Chuck Norris is now a series of jokes, and why nobody ever joked about Bruce Lee.

29. Kim Kardashian went to Gunnar Peterson. He said she had to do deadlifts. Then she went to Tracy Anderson, who said she didn’t have to do deadlifts. That’s when her series was renewed. Hence, deadlifts could have saved us from another season of Keeping Up With the Kardashians. This is reason enough.

32. Marathon runners need to do deadlifts to develop a kick and to improve velocity, efficiency, stride length, and sprinting power, all things important to running fast and making your body more efficient.

33. Biceps are incredibly active during deadlifts, as they provide anterior shoulder stability and keep your elbow from distracting itself apart. If you want impressive arms, lift something heavy.

35. The development of intra-abdominal pressure helps train pelvic-floor muscles and stimulate the colon to produce peristaltic wave contractions, which help you to poop. Told you.

36. Power and strength are the two defining characteristics that, when lost, determine function in old age. Losing power and strength limits your ability to get up from the floor or the toilet, get in and out of a car, and climb stairs. It even affects your breathing. Heavy deadlifts, when done properly, can help retain and even increase strength and power through the entire body, which improves functional outcome measures in old age, which promotes independence. 37. It’s totally more functional than anything you could ever hope to do on a BOSU unless you could find a way to pull a max deadlift on a BOSU. Which is impossible.

38. To paraphrase Charlie Weingroff, a perfect deadlift is a mythical beast that you can’t really define unless you see one. It’s sort of like a unicorn. What is a unicorn? A horse with a horn sticking out of its head. What is a deadlift? A heavy-ass weight pulled from the floor. You’ll know a perfect one when you see it, and you’ll really know an ugly one when you see it.

39. No other exercise has potential side effects like massive nosebleeds, reddened eyes, and the occasional projectile vomit.

40. Nothing builds more muscle thickness and density than heavy deadlifts. This feature is what gives people the yearned-after “tone.” 41. Deadlifts have a greater effect on cardiopulmonary health than traditional cardio exercise, in the same way that engineering a high-rise office building to withstand a 7.0 earthquake also helps prevent damage during a moderate windstorm.

42. When it comes to building deltoids, side raises with 15-pound dumbbells can’t compare to deadlifts. That’s because side raises don’t force your deltoids to prevent your shoulders from flying out of their sockets.

43. Contrary to popular belief, heavy deadlifts aren’t bad for your lower back. But piss-poor deadlifts, heavy or light, are demonstrably destructive to your lumbar spine.

44. The ability to develop strength and stability through the lower-back muscles is one of the primary factors in preventing lumbar discogenic issues, as it helps buffer shear forces the disc is exposed to. Which, if left unchecked, could result in a bulge, herniation, or even spondylolisthesis.

45. Deadlifts build the strength and stability of lumbar spinal muscles.

46. Lifting heavy weights through a stable and static base of support lets the core muscles work a lot harder than they ever could on an unstable surface. 47. Crunches can’t work the entire core the way deadlifts can, nor can you ever look cool doing them. Also, you’re not relegated to the corner of the gym to do them. You get to hang out in the cool-kids area.

48. A powerful deadlifter has the hip mobility necessary to do the splits.

49. If you expect your milkshake to bring all the boys to the yard, you’d better have some deadlifts under your belt to give them a reason to walk on the grass.

50. Heavy deadlifts are one of the few exercises that helps you develop depth and thickness in the upper traps and mid back.

51. Fat-burning capability depends on having metabolically active tissue, as well as the rate of activity within that tissue. Lifting heavy helps you with both parts of the equation: It builds muscle mass and also cranks up its neural activity, making it easier to burn fat and get lean.

52. I’ve had clients deadlift their body weight after abdominal reconstructive surgery. Their pre- and post-surgical strength helps reduce their risk of injuring themselves again.

53. Max-weight lifts help you see God. After each set you see a bright light, and are often tempted to walk toward it.

54. Sitting in the groove of a flawless deadlift is like being in the Matrix. It doesn’t feel real, and everything is kinda tinted green.

55. Seriously, why are you still reading this and not deadlifting? Grab the bar and make like you’re in Oz and you got the top bunk.

UPDATE: How to do a deadlift

Here’s a great tutorial for doing a deadlift without busting your s*** up:

This article was written by PTDC coach Dean Somerset. It originally ran on his site deansomerset.com and is reedited and republished here with permission.