I Wanted to Train Elite Athletes. This Is Exactly How I Made It Happen

A step-by-step guide to educating yourself, finding mentors, and creating the career of your dreams in the fitness industry. 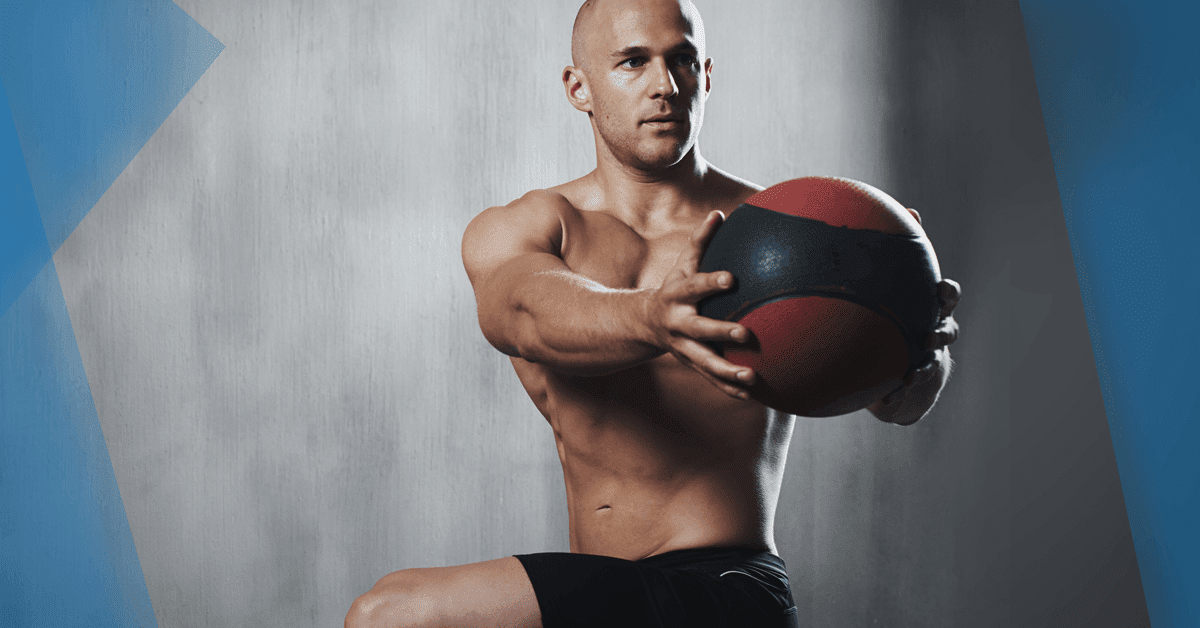 Becoming a strength and conditioning coach had been a dream of mine ever since I got into the fitness industry a decade ago. A big part of my dream included helping elite athletes become—and remain—elite.

Like most new trainers, I got my feet wet by training the general population in my hometown of Helsinki, Finland. Meanwhile, I would spend whatever free time I had reading books written by Poliquin, Boyle, DeFranco, Zatsiorsky, and other big names in the field.

As much as those resources helped me learn theory, I knew I’d never train any athletes unless I made the conscious commitment to pursuing just that. It sounds odd looking back now, but at the time I had serious doubts if I could make the jump from personal trainer to strength coach.

The latter requires being well-versed in the science and practice of powerlifting, Olympic lifting, sprinting and jumping, conditioning, rehab, and anything else that goes into building stronger, faster, more resilient athletes. Most importantly, you need to have the organizational and leadership skills to run a weight room. It's a completely different world than working 1-on-1 with a client or running a 6 a.m. bootcamp for soccer moms.

I needed a way in. I decided to find a mentor who was doing what I wanted to do and could show me the ropes. I also hoped that I could land an internship with an ice hockey strength coach who had experience working with college and professional players because that's the clientele I hoped to train.

Did I make it? Yes. Was it easy? No. But I learned a lot along the way.

Step 1: Do your homework

Breaking into any new industry without prior experience and/or the right connections is difficult. I know for a fact that many hockey clubs hire ex-players as strength coaches these days. You can't overlook the benefit of being an insider and knowing the people who make hiring decisions.

And if you want to become a strength coach in a sport you didn't play at a high level (like me), you have to work even harder to get a chance to prove yourself. In the beginning, it's not what you know, or how skilled you are as a coach; it's about who you know.

READ ALSO: “Do Trainers Need a College Degree to be Successful?”

For me, it would take much more than a phone call to an old teammate who (conveniently) happens to run the show at one of the biggest clubs in the country, and letting him know I'd be interested in a job, thank you very much.

I would have to chase my opportunities.

In the meantime, I read all the classic training books by accomplished strength coaches, watched DVDs, and attended seminars. When the day came, I wanted to know enough about training hockey players that my lack of athletic glory wouldn’t be viewed as a negative.

Now I had to land an internship with an experienced strength coach who specialized in training hockey players. I also wanted to speak to coaches who were developing athletes, not merely training established ones.

I had no luck in Finland. I cast my net wider and Googled hockey strength coaches in Europe. Again, nothing. Either there were no accomplished coaches in Europe I could learn from, or they weren’t active online

All the accomplished coaches seemed to be on the other side of the pond in North America. I focused on three who had a lot of experience training hockey players: Mike Boyle, Kevin Neeld, and Ben Prentiss.

Neeld also spent several years as the strength coach for the U.S. women's national team and ran a successful training facility catering to junior, college, and pro hockey players, as well as athletes from other sports in New Jersey. He later became assistant strength coach with the San Jose Sharks.

Prentiss’ facility in Connecticut draws some of the world’s best players for offseason conditioning, including players from every NHL team. He's also consulted with the New York Rangers.

I couldn't see myself forging a relationship with a mentor just by blasting out my résumé to coaches on the other side of the world. If I wanted a real shot, I’d have to pack my bags, head over to the U.S., and make connections in person.

Of course, I couldn't just show up unannounced at someone's facility and ask for an internship. I reached out to a handful of coaches, requesting an opportunity to observe how they train athletes. This is the email template I used to approach Neeld, Prentiss, and Eric Cressey:

I am writing to you because in June I will be traveling from Finland to the U.S., visiting some of the best strength and conditioning coaches and facilities in the industry to learn more about athletic development.

Would it be okay if I stopped by to see how you do things? I know you’re extremely busy and I value your time. I’d be willing to pay you whatever the investment is for an afternoon or two of observing how you train your athletes, or whatever time you have available.

I was surprised when both Neeld and Prentiss welcomed me for a visit. Neeld was offering a one-week mentorship program at the time. I thought it would be an excellent opportunity for me to pick his brain over several days, so I signed up for it right away. Pete Dupuis, who runs the operation at Cressey Sports Performance, also gave me the thumbs up for an afternoon visit.

Three "yeses" was thrilling. I also contacted Mike Boyle through his forum at strengthcoach.com, where he okayed my request to come observe his training for an afternoon at MBSC. I now had four observational opportunities lined up at some of the best training facilities in the world.

Step 4: Show up ready to learn

With nothing guaranteed beyond the chance to observe, I bought my ticket and flew over to the U.S.

The week with Neeld was the most memorable. I spent the first day watching people train and asking Kevin a ton of questions. Out of nowhere on the second day, he told me to jump in and help coach their athletes.

The next day, I asked if he had an open internship later that summer. He said yes, we worked out the details, and I ended up interning at Endeavor Sports Performance for 11 weeks.

READ ALSO: “How to Make Sure You Aren’t One of the Bad Trainers Ruining Our Profession”

Prentiss Hockey Performance also impressed me. The client list includes NHL stars like Martin St. Louis, Jonathan Quick, and Max Pacioretty. I was able to turn that afternoon visit into a one-week internship, and an amazing learning experience.

I was surprised how easily both internship opportunities came my way. All I had to do was ask. I'm sure it helped that I traveled so far to show my desire to learn from accomplished coaches.

Another key lesson: You're much more likely to get a positive response when you offer to pay a coach for his time. Some will charge you, some won't. But all of them, in my experience, are more likely to help when you say upfront that you're willing to compensate them.

I'm not going to lie. My financials took a big hit during my time in the U.S. Between airfare, lodging, and what I paid to study under Neeld and Prentiss, I spent well over $10,000 that summer. It was a ton of money at the time. But the practical experience and confidence I obtained far exceeded whatever amount I spent.

So, what happened when I got back home?

In sales, there's a concept called "dialing for dollars," where you pick up the phone and cold-call people to sell them your product or service. That's what I did. After creating a list of 10 or so junior hockey clubs in my area, I started dialing.

In hindsight, I lucked out. The director of coaching at the first club I called asked for a meeting. We agreed that I would take charge of strength and conditioning for the club's U17 team the next season.

READ ALSO: “What to Keep in Mind Before You Offer Free Coaching”

I then volunteered with the club's U20 team, which didn't have a strength coach at the time. I didn't earn a cent from training the older players that first year, but it didn't matter. I was coaching some of the best young hockey players in Finland—which currently provides close to 6 percent of the NHL’s active players. Several of my athletes went on to play professionally, including a few who were drafted into the NHL. Years later, I still train a number of them in the offseason.

From the beginning I made myself available. If an injured player wanted to lift at 9 a.m. on a Sunday, I’d be there. If a player or their parent asked me to help rehab a knee or shoulder injury, that's what I did.

It worked. Within a year I was training two U18 teams along with the U20 team, and the next year I added the club's pro team to my responsibilities. So just two years after traveling to the U.S. on my own dime, I was overseeing four different teams.

For me, training athletes is the best job in the world. But it's not a way to get rich quickly. Be prepared to work a side job or two to support yourself financially until you get a full-time position. Pay your dues. Build your reputation. Deliver a quality training experience, and most important of all, get results for your athletes.

The payoff comes later—sometimes much later—but it’s there for those who earn it.

Yunus Barisik, CSCS, is the founder of Next Level Athletics, where he specializes in making hockey players strong, fast, and explosive. He has trained more than 500 hockey players at all levels, including NHL draft picks and world champions. He’s written articles for Stack and Muscle & Strength, and he also wrote Next Level Hockey Training, a comprehensive resource for building strength, size, and power, while staying injury-free.

Tip 2: Personal training's too easy
3 Lessons Fit Pros Can Learn From Dr. Oz and Food Babe to Gain a Following
What Every Personal Trainer Ought to Know About Facebook Advertising