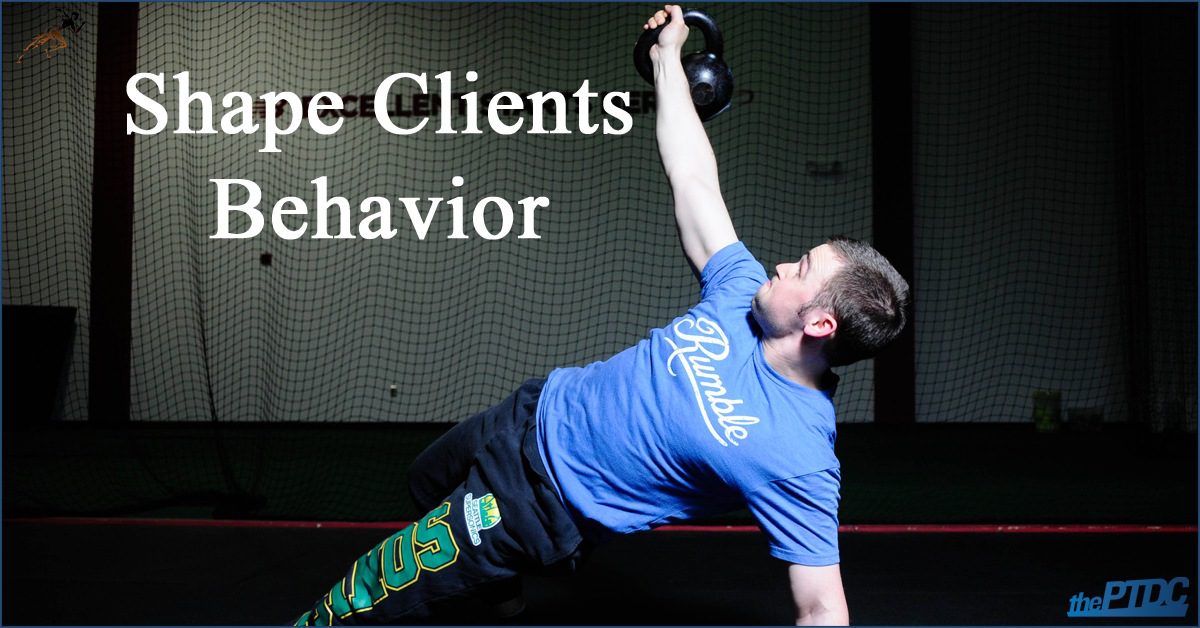 In the book “Influencer,“ the authors share a story about how the metal spindle saved the post-World War 2 restaurant industry.

As soldiers returned home to work, women who had previously served as cooks were displaced to waitress duties. They weren’t happy with their new situation and hardened veterans weren’t exactly keen on taking orders from women either.

Needless to say, without cooperation the restaurant system wasn’t exactly efficient. Most people would’ve thought of ways to get the cooks and waitresses to get along. They might’ve held mandatory group sessions where employees (gulp) talked about their feelings. They might’ve even enacted punishments. Well, that’s not what Dr. Whyte, a professor from the University of Chicago suggested. Rather than have people change their behaviors, he changed their situation. He suggested the fly wheel where waitresses would write down their orders and send them to the cooks. There was no longer any verbal communication and thus no way to get in fights. Both parties liked the system more; restaurant saved.

The message is that it’s easier to change people’s situation than their minds. So what does this have to do with training?

Clients often come to trainers with weight loss goals. Weight gain is the result of eating and activity behaviors. Trainers should be chomping at the bit to find environmental solutions to change their client’s behaviors!

Cornell’s Food and Brand Lab works diligently to discover environmental triggers to eating and buying behavior. Researchers there can manipulate their lab (which is basically a kitchen) to look like different eating environments to see what influences eating behavior.

Their work is not only research-based and nationally recognized but also has very high practicality. One study from their lab demonstrated that proximity and visibility caused secretaries to eat nearly 100 more calories of candy per day!

The Food and Brand Lab’s founder, Dr. Brian Wansink, conducted a rotating candy dish study where secretaries were given jars of candy that were either within arm’s reach or 6 feet away. They also had candy dishes that were either clear or opaque.

When the candy dish was clear and near secretaries ate 7.7 candies per day compared to 3.1 candies per day when the dish was opaque and far away. The situation changed and so did their behavior. On average 4.6 fewer candies were eaten.

The secretaries said that distance gave them an extra second to pause and reconsider whether they were really hungry enough to want another candy. It might not seem like a lot, but those 4.6 less candies per day are the equivalent to nearly 500 less calories per week — a great place to start in a weight loss effort, especially since it is a mindless change. Dr. Wansink’s book provides multitudes of research-based examples like this. For example, getting your client to eat less may be as simple as having them buy smaller plates. The size of the plate suggests an eating norm; fill up this plate and eat until the food is gone. Smaller plates mean smaller portion sizes, which means less calories eaten.

When interviewing clients about their weight loss goals, trainers should be listening intently for ways to shape the environment for success. For instance, action triggers are a way to harness already established behaviors. In this case you’re using the environment to help shape new habits.

“That’s a really good idea, I can do that” one of my clients said to me after I suggested using an already established behavior to mold a new one. We established that one of her behaviors she wants to change is her consumption of baked goods. We came to the conclusion that if she had a filling, healthy breakfast before stopping at a store that sold baked goods on the way to work, she would either only get a coffee or eat less.

I recommended that she have a protein fruit smoothie for breakfast, because it’s quick, tastes good and is healthy. I knew she used a French press in the morning to make coffee. As a fellow ‘French presser’ I advised her to make her smoothie after her coffee was done ‘blooming.’ She found her action trigger that gave her three to four minutes to make her breakfast. Simple, and yet a really good idea.

Finding that “action trigger” was the key.

Think of ways to change your client’s environment to shape vital behaviors. You might do things like this:

These are only a few examples, but if your client has weight loss goals a 10 to 20 minute talk to get an idea of their environment and how it can be changed for the better could save time and valuable willpower.