The 12 Best Personal Trainer Articles of 2012

It's been a monumental year for thePTDC. Here are the 12 best personal training articles / blog posts in Jon's arbitrary opinion. Take some time and read through these. They're all fantastic. To say that this year has been monumental in terms of the growth of thePTDC doesn't describe it.

In 2011, this started as my little blog. In 2012, it became much more. It is now the world's biggest collaborative blog for personal trainers. The 1,000s of trainers who read it daily are some of the best people our industry have to offer. Up until last week I had not spent $1 in advertising. Every reader of this page was either told about it by a friend or found it while searching, in their spare time, for information to become a better personal trainer.

While this blog is my baby, it would not be here without the amazing coaches who contribute articles, connections, and act as a sounding board for my usually crazy ideas.I also want to take a minute to thank the personal trainers who have contributed articles over the past year, some are featured below. Over 50 different personal trainers have contributed content to this site. All have done so on their own time and were driven by passion, not profits. Thank you for your amazing contributions. Lastly, a huge thanks to David Wu and Lucas Pellan for their tremendous help. Without you I would have probably gone crazy.

Lastly a thank you to all of the readers who not only rabidly absorb the material but have been instrumental in helping this site flourish by sharing the site on their social networks, emailing people about the articles, and telling colleagues about this crazy Canadian dude who started a blog for personal trainers. Your passion continues to ignite my fire.

The 12 Best Personal Trainer Articles of 2012

Below are the 12 best articles published for personal trainers this year on thePTDC, arbitrarily chosen by me. I organized them into 3 categories: Business, training, and miscellaneous miscellany.

This isn't an article per se but a compilation of testimonials from 137 amazing and passionate trainers. I decided to put a call out to aspiring fitness writers to help them get some exposure and also to answer my questions of why people wanted to write for fitness.

The onslaught of emails was wild.

A big thanks to Lucas Pellan (aka super-intern) for answering my frantic call late at night for help. I did not expect so many emails with submissions. I love this post because it's such a good example of the power of a blog and the combined efforts of so many in making something great.

This article is an updated version of the system I wrote about in my book, Ignite the Fire. Inevitably whenever a book is published there are parts that the author isn't 100% happy with after the fact. Because of that, and because selling is such a tough thing for so many trainers, I decided to update the section and put it out for free in a manual.

I also think the pic of Luke and Leia is hilarious.

These Are My Personal Training Secrets - Jonathan Goodman

I remember this article because it got me in trouble with my girlfriend at the time. I had promised not to work until 4am that night (which was normal at the time) and spend some time with her. My hammies were also sore. I didn't have a foam roller so she decided to take a vodka bottle and do some soft tissue work on me with it.

After a minute I jumped up and, with that gleam in my eye that I had an idea, went to my computer. By then she knew the look and left me alone. I wrote this article in one go and hardly did an edit.

This list is a big part of my success. Some of them are funny and others, like the tip on how to unload a deadlift bar, will save your body.

What's in my Desk - Jonathan Goodman

I used to take on 8+ clients in a row, often 10 or more. Thinking this was normal I went about my day, only to fall down exhausted at the end. I won't pretend that I was 100% all the way through but I maintained my energy and passion throughout.

This article came about one night after 11 clients in a row. I was walking home with another trainer and she asked me how the hell I did it, after 3 clients she was wiped. As it turns out I had built an incredible system that kept me well-fed and prepared for anything. It started and ended with how I systematically laid everything out in my desk.

I love this article because it's so personal for me. Since it's publication there have been a number of trainers who have written about their desks or trucks. This article has helped a lot of trainers train more clients and it's one of my all time favorites.

The Death of "Functional" in Personal Training - Jon-Erik Kawamoto

Jon-Erik and I have become good friends and I have a tremendous respect for his writing, integrity, and knowledge. For the first PTDC seminar we held in Toronto Jon-Erik flew in and stayed on my couch. One of the nights we started talking about terms that we thought had lost their meaning.

I wasn't surprised that this article was so popular. What so often happens in the fitness world is that terms become used and abused so much that their true meaning becomes lost.

I'll admit that this article comes off as a rant. That wasn't intended but I believe my point came through. Over the years I have come to hate conventional goal setting. I believe that the pleasure is in the journey and setting goals pushes the journey to the side.

In particular I found that too much emphasis was being put on quantitative goals. Emotion is a strong driver of action than numbers will ever be. I still enjoy this article and am happy that the concept has been added to a lot of training manuals since it's been published.

If I had to pick one article that has contributed more to the development of this site it would be this one. I don't think I've written anything that's helped more trainers than this article or the accompanying excel guide which has now been downloaded more than 10,000 times.

I'll be honest, I didn't know whether I would get slack for this article. It goes against what I was taught and I never saw it published anywhere else. I knew I was onto something when I emailed the article to PTDC coach Nick Tumminello and received the following as a response, "this could be the best article on personal training I've ever read".

I really don't know where thePTDC would be if I didn't ever write this article back in January.

This article has a funny story attached.

Neghar sent this submission to me and I immediately knew it was going to be a hit. I have a good idea what articles are going to be successful from a viral standpoint. Purposely, I publish a mix of viral and non-viral material. So, I emailed back Neghar and said it was awesome and that it would get 5,000 hits within the first 3hrs. I also said that I wanted to save it for the first blog post of the site redesign.

The redesign was a nightmare from day 1. For a week the site was crashing and we're still working out some glitches that should never have happened. The entire site also got deleted and I was lucky to have a recent back up.

When I thought everything was good to go I published this article and the resulting traffic crashed the site 3 times in 1.5days. 12,000 hits later with the article still being shared I had to shut down the site for 3 days to get everything straightened out. So yeah, sorry Negs.

Personal Trainers and Obesity: 5 Things You Should Know - Mark Young

Mark doesn't write often, but when he does, it's awesome. His work on obesity and the barriers to exercise is some of the best out there. After reading this post please send him an email and urge him to write more. I want him to get an onslaught of emails. His email is [email protected] (Don't worry, it goes to his personal mailbox.)

I asked Mark to give me five tips on obesity for a short blog post and he sent me back an amazing blog post. After 8 years of training I didn't know some of the points and hadn't thought about others. This short post is worth the read.

I actually didn't know Jim before posting this article. At the time I was in Kansas City attending a conference and desperately needing good content to post. Nick Tumminello emailed me and cc'd Jim saying that Jim had sent him an article he thought would do better on thePTDC.

I read it through and immediately emailed Jim asking permission. Once he responded I sent the article to David Wu (previous PTDC intern and wicked dude) who did some great edits and posted it up the next day. They saved my butt huge with this one and turned out a great a article.

From 1879 to Today, Nothing Has Changed - Chad Landers

I was staying in Chad's house in Los Angeles at the time and he was proudly showing me his collection of bodybuilder memorabilia. For some reason I was attracted to William Blaikie's book and started to read it.

I couldn't believe how similar the book was (aside from the funny language) to workout advice we get today. Chad and I looked at each other and laughed before I told him that he had to write me an article on the subject. Usually I ask, this time I told him it was a necessity. The article turned out great and I'm excited to feature more of Chad's work in 2013.

Remember when the CrossFit ad surfaced about cheating on girlfriends and the whole world was appalled? Well I didn't care about it.

Josh Henkin and I recently met at a conference we both spoke at and he messaged me asking if he could write an article on the subject. This was my response: "Tell you what? If you can convince me that it's worth my time to take action against stuff like that and give me a way that's not supporting the company as opposed (the old any press is good press mantra) I'll be happy to run it."

He made me care and the article was fantastic (in addition to being one of the all-time popular articles on the site in terms of page views). 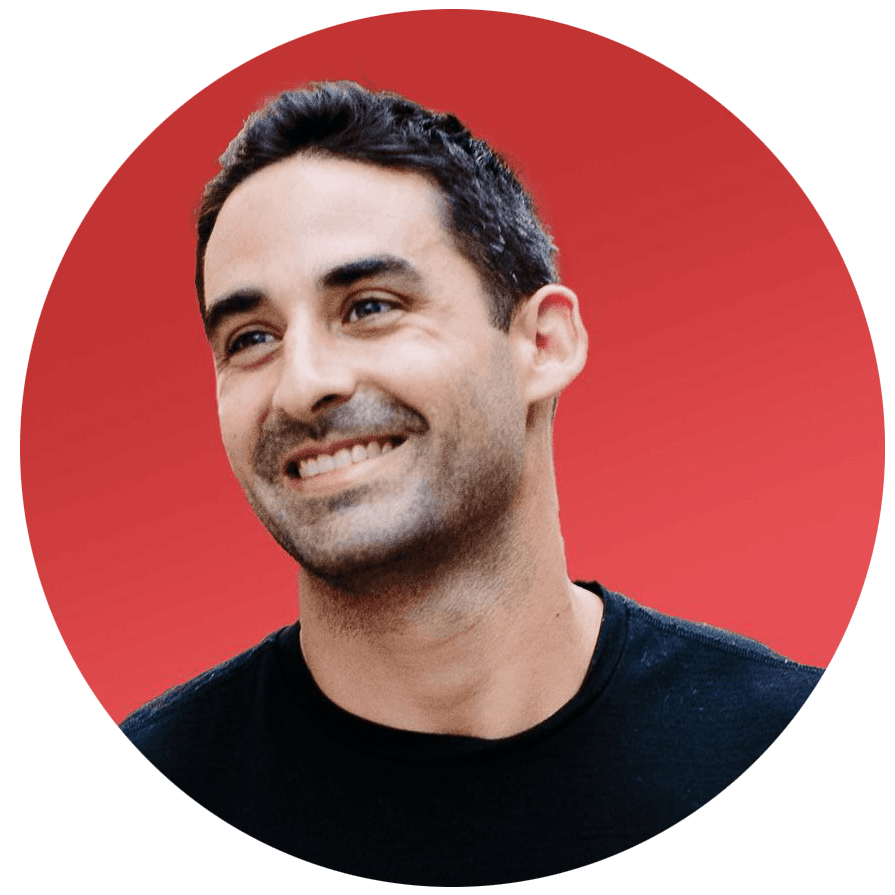