Male Personal Trainers: How to Respectfully Coach Your Female Clients in a Male-Dominated Industry

Listen to your female personal training clients and treat them with respect... 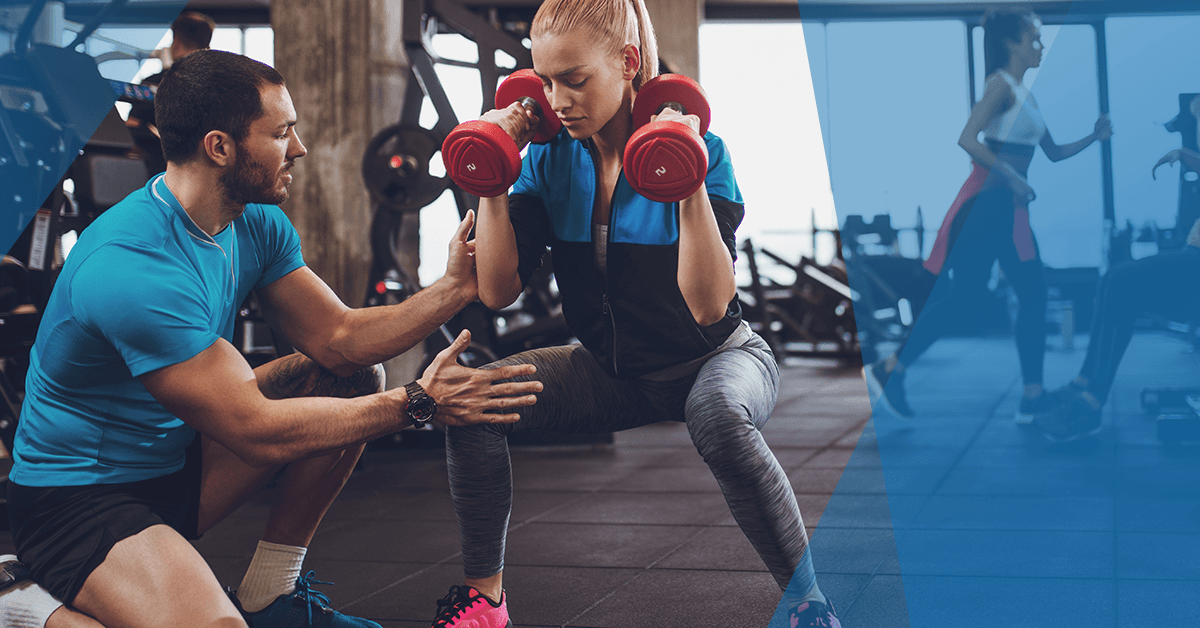 The virtues of weight training for women are already well known. There’s no need to write yet another article outlining the benefits and reasons why women should lift.

The problem is that, while the reasons for women lifting weights are well established and impossible to debate against, they’re still not widely accepted.

Over the last two decades, I’ve trained hundreds of women and I’m going to give you my secrets to success with this population. It has as much do to with how you treat a woman as it does the actual workout!

I’ve been training since the late 1980s. It has been my experience that personal trainers have predominantly been men, and clients have mostly been women. I wish I could find more qualified female trainers but inevitably the ones who come to me for mentoring are mostly men.

It’s critical that men understand how to relate to women – this is more important than program design.

Needless to say I’ve had many years of experience with female clients and across a broad age range. And from housewives to actresses, students to retirees there is one common need they all share…the need to feel SAFE with their trainer.

Before I dive into this, I want to acknowledge the incredible strides that women in fitness have made in recent years.

My own client list is full of very successful women from television, film and industry.

I worry that we, as trainers, become accustomed to the small sub-section of society that we’re used to seeing. Strong, dynamic females that we tend to come into contact with at the gym are not the majority. Unfortunately, the vast populations of women are still intimidated by the gym.

Make no mistake this is the MAJORITY of the population. Most women don’t lift weights and it’s these women who are a huge source of untapped revenue for the trainer. We need to make them feel safe to come to the gym and train.

The physical safety of the client is the most important thing at my gym (“First, do no harm” should be every trainer’s mantra, but that’s NOT the type of safety I’m talking about when working with women.

Next to her father, a brother or a husband, a male personal trainer, is perhaps, the biggest male influence in a woman’s life.

A woman needs to be able to confide all kinds of things to her trainer…things that may well be impeding her from achieving her fitness goals.

And consider one of the biggest reasons a woman hires a trainer in the first place: she is unhappy with her body. This is a personal issue and can make anyone feel vulnerable.

It takes a great deal of courage for many women to set foot in a gym, let alone trust a fit male personal trainer to be sensitive to both her insecurities AND her desire to get in shape.

And you also must remember, one of the reasons she hired you is to be a buffer between her and the general public that she feels may be staring at her and ridiculing her for even coming to the gym.

When I used to work in the commercial gym setting, I once had a female client who came to me weighing around 300 lbs. She was intimidated by coming to a Gold’s Gym to train and was teetering on the edge of relapse into inactivity.

I spent nearly an hour talking with her near the front desk of the gym before I could even get her to venture past the turnstile. (Actually, she couldn’t even fit through the turnstile and had to go around…talk about intimidating!)

But the time I spent making her feel safe and secure in that crazy atmosphere paid huge dividends. She lost over 100 lbs, met the man of her dreams, and now they have a beautiful 7 year-old son.

Imagine how different her story might have turned out if I hadn’t taken the time to listen to her fears and to make her feel safe.

I’ve been very fortunate over the last 10 years to have my own private, personal training studio in Los Angeles. Because of this, I’ve been able to create the safe, empowering environment I’m talking about.

Nothing makes my blood boil more than when men in the gym start critiquing other women in the presence of female clients (or even female trainers). It’s rude and I’ve had to dismiss trainers and clients who took this kind of thing too far.

Mind you, this doesn’t necessarily have to be the female client’s trainer doing the talking, but ANY male at the gym.

Making overtly sexual conversation or drooling over some “hot chick” at the gym, or commenting on how an overweight woman walking by the gym “could sure use personal training” is a sure-fire way to lose a female client’s respect.

Lose her respect, lose her as a client, it’s that simple!

And as a gym owner, I don’t want any client OR trainer to feel uncomfortable or intimidated. And I certainly don’t want someone’s careless comments to make me lose business. (I’ll kick out a rude client just as quickly as an inconsiderate trainer.)

Many women, who may have barely mustered up the courage to come to the gym in the first place, are not going to speak up if men in the gym are hitting on them or making rude or sexist comments.

Her options are to keep quiet, to try to play it off and join in, or to speak up and risk being seen as a “prude”.

Don’t make her make that choice.

And if other males nearby are clearly out of line and making things uncomfortable for your client, have the stones to tell them to knock it off.

I’m not talking about the innocent, fun, almost flirty banter that is a part of the male/female dynamic everywhere. That’s healthy, and it may even be part of what keeps the client interested during the drudgery of training.

But if talk in the gym goes from fun and flirty to sexist and intimidating, you owe it to yourself, your co-workers and your clients to step in and fix the situation.

And I can promise you that at the end of the day even strong women like Rhonda Rousey and Neghar Fonooni still want to be treated with respect and not lumped in with the guys just because they train hard.

Chivalry Is Not Dead

Today’s young trainers are light years ahead of where I was in the late ’80’s. Evidence-based programming has become the standard and trainers everywhere have the potential to impact more lives and make more money than ever before.

Even the best programming will only be successful if you can get the clients into the gym and keep them coming back for more.

So when it comes to male trainers working with female clients, be the man you’d want your sister or your girlfriend to train with.

Listen to your female clients and treat them with respect. Allow them to feel comfortable and safe. Then they can trust you, and only then can your programs change their lives!

Don’t be just another trainer. Be a man of honor and integrity. Be a man that encourages and empowers his clients…especially his female clients.

From 1879 to Today, Nothing has Changed – Chad Landers